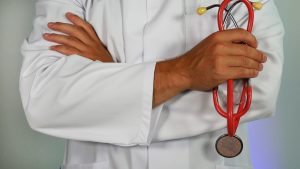 Coordinator of RITIP (Translational Research Network in Pediatric Infectious Diseases) joined a roundtable where she spoke about consortiums and structures for the development of clinical trials in the field of paediatrics.

Cristina, who is also a member of EPTRI Steering Committee, pointed out three initiatives in this field: the creation of the Spanish National Network of Pediatric Clinical Trials, RECLIP, the project Connect for Children, a network of clinical trials funded by the European Union with the aim of promoting quality paediatric trials, and EPTRI, which seeks to cover gaps in basic paediatric research in terms of the development of new molecules, biomarkers, devices or paediatric formulations.

During the meeting, emphasis was placed on the importance of promoting clinical trials in the early stages, and on how to solve the problems that arise in this type of trials. In this context, EPTRI can have a relevant role in enhancing innovative technologies in all the paediatric drug development phases and to underpin clinical trials, advanced therapies and new paediatric medicines on the market.