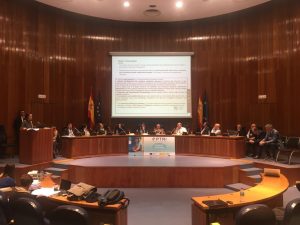 During the first part of the session, 17 stakeholders shared their views on how to underpin the huge paediatric research capacities in the EU in order to generate better results through collaboration. To this aim, they briefly presented their institutions and answered diverse questions regarding the utility of the survey launched by EPTRI (aimed to map research units with paediatric expertise and facilities at Pan-European level), their area of expertise within the different platforms of the project or whether they could contribute to the effective development of the RI.

EPTRI Coordinator Donato Bonifazi conducted the fruitful debate. The feedback of the participants is crucial to confirm the strategic relevance of the scientific domains identified by EPTRI through its thematic platforms and to define the strategy to design the new paediatric RI.

The summary report of the discussion is available here.