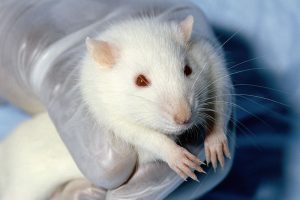 The Institute of Physiology (IPHYS) of the Czech Academy of Sciences (CAS), which aims to integrate animal and cellular models for paediatric diseases within the EPTRI project, has recently published an article on the peer-reviewed journal Behavioural Brain Research entitled “Neonatal immune activation by lipopolysaccharide causes inadequate emotional responses to novel situations but no changes in anxiety or cognitive behavior in Wistar rats”.

The investigation has been conducted by Ales Stuchlik, research scientist and head of the Department of Neurophysiology of Memory. This research group focuses on neural mechanisms of spatial cognition, role of brain structures in navigation in dynamic world and neurochemistry of spatial navigation. The group also studies cognitive deficits and failures in brain disorders and their animal models, especially rats.

There is scientific evidence that deregulation of the immune system during pre-,peri- or postnatal periods contributes to the development of mental disorders such as schizophrenia or autism. This brain injury may be triggered by bacterial infections. In order to perform a further study on this phenomenon, scientists promoted an early immune stimulation on rat pups by means of lipopolysaccharide (LPS), a bacterial endotoxin released from the cell wall of certain types of bacteria, which is commonly known for inducing an inflammatory response in the brain. The rats were monitored in adulthood and several behavioral aspects were studied: spontaneous activity, social behavior (social interactions and female bedding exploration), anxiety, cognition and emotional response (ultrasonic vocalization recording). Results showed that application of LPS increased self-grooming and rats presented inadequate emotional reactions in other tests. Curiously, early infection by LPS did not have relevant consequences on exploration, anxiety, locomotion, social behavior or cognition.

The main conclusion of this study is that neonatal immune activation in rats may induce alterations on the emotional brain domain, resulting in a disrupted response to novel and stressful situations in early adulthood. These results throw some light on the ethiology of human mental conditions such as schizophrenia or autism.