The EPTRI Survey on Oral Formulations has been updated and it is still open! 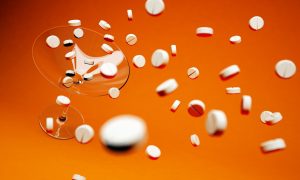 As we announced in June, the EPTRI survey on oral formulations was launched last spring with the aim of collecting data on preference of dosage forms for guiding the development of age-appropriate medicines. The survey, developed by WP8 in collaboration with WP11, uses country and age-adapted questions to quantify children’s experience with taking different pharmaceutical formulations. The survey is addressed to boys and girls up to 18 years of age and can be completed with the help of an adult.

To date, EPTRI has received a broad selection of answers from children from Albania, Italy, Spain and Romania. There were significant similarities and differences in preference for formulations across the different countries. For instance, Spanish children preferred liquid formulations while in Albania and Romania, tablets and capsules respectively were preferred among children treated by chronic conditions.

This survey portrays the importance of involving children in paediatric basic research. Young people’s participation is fundamental to ensure the development of effective medicines for children. The survey is still open, so do not hesitate to share it with whoever may be interested: