The European Paediatric Translational Research Infrastructure, EPTRI, is a project that arises from the need to find answers to the serious lack of medicines for children in EU and worldwide. It aims to propose developmental models for a future research infrastructure focused on paediatric medicines, integrating technology-driven aspects with clinical trials.

The project ID-EPTRI, coordinated by Consorzio per Valutazioni Biologiche e Farmacologiche (CVBF) and funded within the H2020-INFRADEV-01-2017 programme, aims to design the framework for the new RI providing a conceptual design report (CDR) of EPTRI describing the scientific and technical requirements as well as the key components of the new RI. Five technical and scientific domains have been identified: 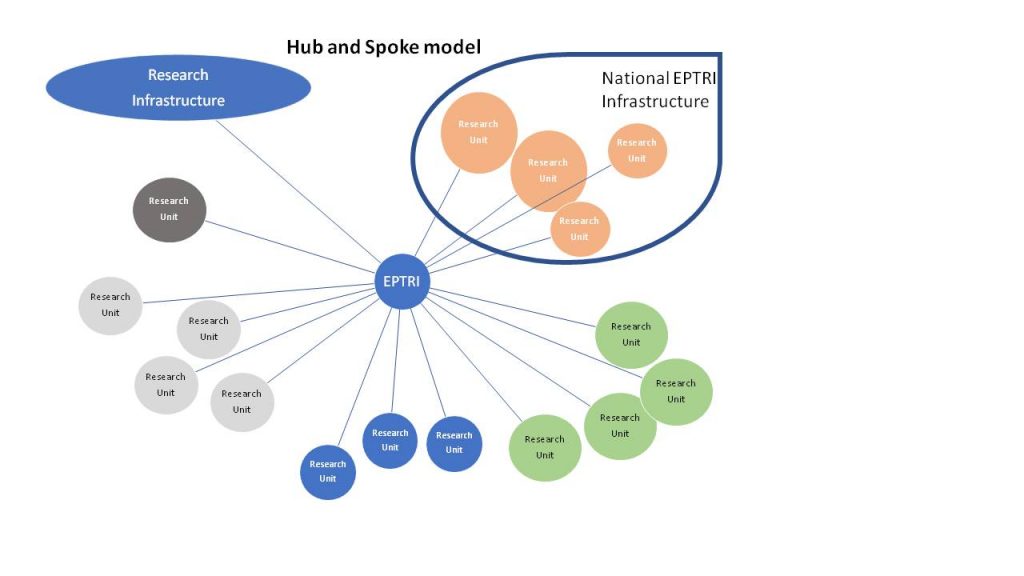 To prepare the Conceptual Design Report (CDR), the project will encompass three phases. During the Context Analysis phase, that will be performed in all the five technical and scientific domains identified, the perceived value and the possible gaps to be covered will be estimated, by enquiring the scientific Communities, the concerned national Authorities and many other Stakeholders.

During the Operational phase, the different components of the new RI will be planned, including governance model, strategies for interaction with national Authorities and the existing RIs, the IT-architecture model, services to be provided and a business plan.

In the second year of the project, a Feasibility phase is proposed to develop virtual exercises simulating the operations of the RI to work as a “one-stop-shop” for advice in paediatric drug development.

The ability of EPTRI should be tested in the following domains:

In addition, collaboration will be strengthened within the scientific paediatric community and other existing RIs. Moreover, EPTRI will be an open science space allowing researchers to work together without geographical, institutional or financial barriers and a system of many interconnected areas, each of them led by a top-edge group focused on a specific topic/research area.

The project involves 26 partners from 19 EU/Associated countries including existing RIs, the major paediatric expertise to cover the scientific topics in the proposal, previous expertise and collaborative resources and partners outside Europe.