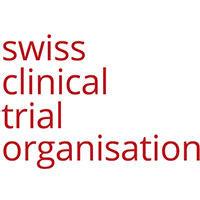 The SCTO is the central cooperation platform for patient-oriented clinical research in Switzerland and coordinates and enhances the cooperation between the clinical trial units (CTUs) at the university hospitals in Basel, Bern, Geneva, Lausanne and Zurich and at the cantonal hospital in St. Gallen-

Within this setting SwissPedNet is the paediatric partner of the SCTO. The clinical paediatric hubs closely collaborate with the SCTO network of CTUs. Within the SCTO SwissPedNet is the nation-wide research organisation with 11 ordinary members. These are the nine clinical paediatric hubs within the five university children’s hospital in Basel, Bern, Geneva, Lausanne and Zurich and the four cantonal children’s hospital in Aarau, Luzern, St. Gallen and Ticino. In addition SwissPedRegistry, the centre for paediatric registries and SwissPedPha, the paediatric pharmacology and pharmacometrics research centre.

SwissPedNet is contractually bound to the Swiss Clinical Trial Organisation, which also acts as the legal entity of the network. SwissPedNet has a central coordination office with a network coordinator dedicated for SwissPedNet (0.7 FTE) and employed by the SCTO.

SwissPedNet has the ideal infrastructure and expertise to act as Swiss hub for the development and conduct of international clinical paediatric trials.

Main tasks in the project:

SwissPedNet has the ideal infrastructure and expertise to act as Swiss hub for the development and conduct of international clinical paediatric trials.